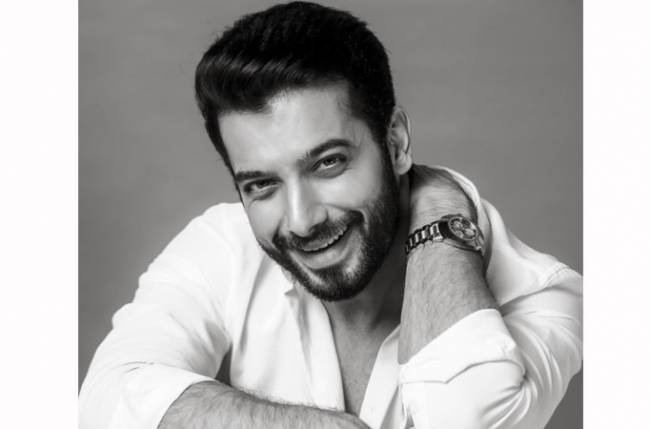 After impressing the audience with his power-packed performances and with over 15 years of experience in the Hindi TV and Film Industry, versatile actor Sharad Malhotra is all enthusiastic about returning on television with the upcoming show ‘Vidrohi’ on Star Plus.

Sharad Malhotra is all set to essay the role of ‘Freedom Fighter Baxi Jagabandhu’ who is gearing up to play this legendary character on-screen.

Sharad has nailed the look so well that he is the talk of the town and has been receiving a great response ever since the makers released the show’s promo a few days back. Sharad Malhotra is quite evidently one of the most talented and dedicated actors we have in the industry today. Let’s dive into the nitty gritty’s of his character and what went behind his preparation for a show this grand.

Sharad is an actor who is forever striving for perfection and this role is just the right fit for an actor like him as it demands the kind of attention to detail that Sharad as an actor has and can offer when it comes to it. Period dramas have always been loved and praised by the audiences and being a part of one is every actor’s dream. To live life king size is what everybody dreams of but these actors actually get to live that dream through the characters they play. As great as that sounds, it is never an easy job to take on. The preparations that these actors have to go through in order to play their respective roles are implausible! Quite obviously, Sharad also had to go through myriad / countless challenges in order to duly perform on the show and hearing of his dedicated struggles forces you to believe he is the right fit for the role and has done complete justice to it.

Speaking of playing ‘Freedom Fighter Baxi Jagabandhu’, Sharad Malhotra says, “I have had to do a lot for the show. There was an action workshop that was conducted as well where we were taught some local martial arts of Odisha. We were also taught sword fighting but I have been taking up some training in it for quite some time now so that helped. We were also trained in horseback riding. My personal preparation would include conducting some thorough research about the revolt, reading books from the said time and watching some relevant material on TV. I am always making my own notes to better the character. I had to put in a lot to achieve just the right kind of body language to play Jagabandhu. I had to lose weight and gain muscle weight to get the right look. The kind of shows that I have previously worked on are quite different from what Jagabandhu’s character is so I quite obviously had to work a lot on my voice modulation, the dialect, and of course, the body language. We needed an Oriya touch to it all so the dialect was worked on by keeping that in mind. We wanted everything to be very authentic and hence had to learn quite a lot about the state of Odisha. It cannot be fabricated or fictionalized as it is a huge part of our history that matters. It is an untold story of our rich history so we wanted to say it right. As I belong to Kolkata, I can vouch for the similarities between the two states, Odisha and West Bengal which helped and the episodes have come out to be fantastic is what I’ve heard. The promo has got some crazy responses as expected. I have also received reviews where people have said it looks more like an actual movie promo than television. A lot of my fraternity members have appreciated the promos as well. They have gone so far as to even say that it looks nothing like a regular TV promo!”

He further adds, “We have put in tremendous efforts behind the show. We’ve even shot in the rain for that matter! I remember driving from Mumbai to Karjat where the shoot was scheduled during the monsoons while it was raining heavily. So yes, there are a lot of stories to tell in that aspect and I cannot wait for the show to air.”

To see artists that have such resolution and zest towards their art is extremely refreshing. The amount of work that he has put into playing this character is quite commendable and it will only get you all the more excited for the upcoming show that none of us can wait to watch anymore. In conclusion, let’s hold on to our seats and wait for the show ‘Vidrohi’ to air on Star Plus to be utterly bewitched by the talent and vigour possessed by actor ‘Sharad Malhotra’.