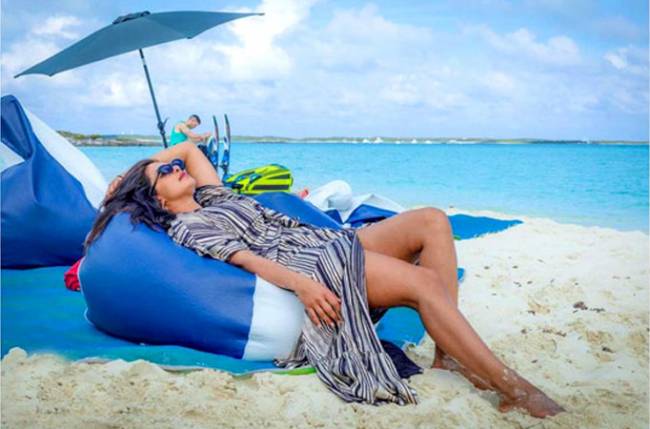 Actress Priyanka Chopra Jonas has shared what she is dreaming of and it involves her ‘guy’ and American pop singer Nick Jonas.

Priyanka posted a stunning picture on Instagram, where she is seen soaking in the sun on a beach. Nick can be seen working on something in the backdrop.

“Dreaming of a boat on an island… with my guy.. @nickjonas,” Priyanka captioned the image.

On March 15, she talked about how “special” she felt while announcing the Oscar nomination of “The White Tiger” for Best Adapted Screenplay at the upcoming 93rd Academy Awards.

Priyanka had recently announced her own restaurant in New York, which offers Indian cuisine for foodies.