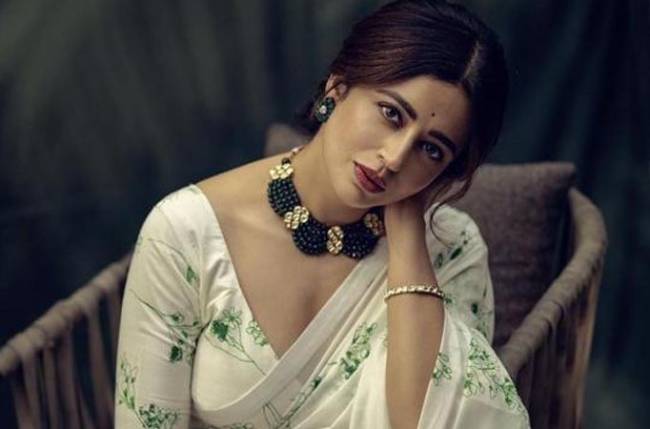 Nehha Pendse is not new in the entertainment industry.

She started her career in the TV industry in 1995 and did her first Bollywood film in 1999. She has acted in several major Hindi films like Pyaar Koi Khel Nahin, Daag: The Fire, Devdas, Dil Toh Baccha Hai Ji & Suraj Pe Mangal Bhari and has been a part of South film industries as well.

But the way Bigg Boss 12 and Bhabhiji Ghar Par Hain helped her career, nothing else did.

Nehha recently in an interview opened up about how Bigg Boss helped her career. She also opened up about if she’s open to doing bold scenes if any OTT show in the future demands it.

In a conversation, Nehha Pendse said, “No, actually when I was a certain age I would think no kissing, no lovemaking scenes if I have talent I can show it through my acting. But now I think with exposure to world cinema, good cinema I’ve understood one thing, if the maker is right, if he has the right understanding of showing it, if the script really demands kissing scenes or bold scenes, I don’t mind doing it. I can consider it. Having said that, I am not ready for erotic movies which is purely about lovemaking and kissing scenes. I would never be a part of such movies or content. If the maker is good and there are so many good bold scenes that have only come out the day it should be because the maker has handled it well. You don’t feel you are watching something cringeworthy. Otherwise, it could go wrong. I am not against bold scenes, exposure, n*dity it is all about perspective and I am ready for a good perspective.”.

Nehha was also seen in Family Time With Kapil which ended abruptly. And there are many people who believe that Bigg Boss 12 didn’t turn out the way it was expected to. And this really worked against her favour.

Talking about the same, she said, “With Kapil Sharma’s show Family Time with Kapil Sharma, I won’t deny, I felt that the show shutting down abruptly was a pure case of bad timing. But as far as Bigg Boss is concerned I don’t think it did not work in my favour. Because after that show I got opportunities but the offers came my way I was not able to relate with them. And the problem is this, the offers that come my way on television are often those which I can’t relate with. At that time I was in a dilemma whether to cash in the popularity of Bigg Boss or to stay true to the artist inside you or yourself. I feel I have gone through a major change or transformation as an artist in the last two years. My thoughts have completely changed.”.