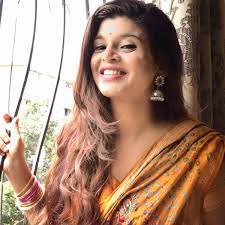 Aapki Nazron Ne Samjha is one of the most loved and successful shows of television.

Saee is a very popular actress in the world of television, best known for her performance in Laxmi Sadaiv Mangalam (2019) and Kali Pili (2017).

She is currently seen on Star Plus show Aapki Nazron Ne Samjha, where she essays the role of Parul.

We got in touch with the actress and asked her about a similarity between her reel- and real-life character, to which she said that Parul is very happy go lucky and a family person. She can do anything for her family, and that’s one quality she sees similar to herself.

We also asked her about the upcoming track, where the actress said that there is a lot of drama and hungama that will happen as the Rawal family will see Nandini and would get shocked and wouldn’t know how to react. They would get worried about what will happen if Darsh comes to know about it.

For more updates from the world of entertainment, stay tuned.