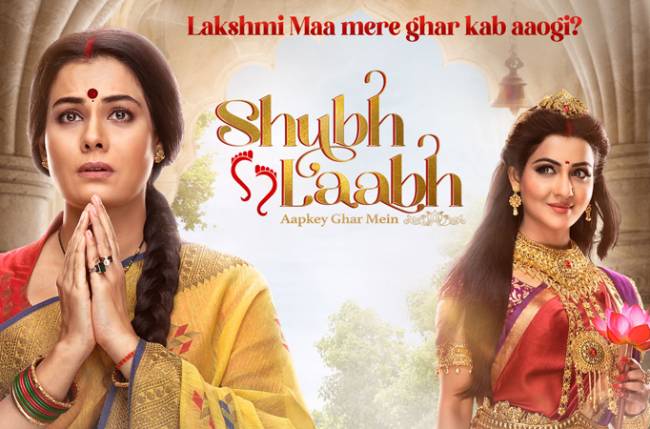 Sony SAB’s Shubh Laabh – Aapke Ghar Mein continues to remain an audience favorite with its relatable story line focusing on the lives of modest small town families and shining a light on how to walk on a righteous path with a lighthearted attitude amid our troubles. The upcoming episodes will witness a change of heart in Savita (Geetanjali Tikekar) as she finally accepts Shreya (Tanisha Mehta).

With Vaibhav (Aashay Mishra) and Preeti’s (Kinjal Pandya) wedding underway, Savita learns about Preeti’s dishonest intentions and realizes her lapse in judgement about Shreya. Savita then rushes to Shreya to ask her hand for Vaibhav and bring these two lovebirds together. Lucky enough, Savita finds hopeful Shreya in the nick of time l and takes her along to stop Preeti and Vaibhav from getting married. Keeping the lessons of Goddess Laxmi in mind Savita ultimately takes the right step and accepts her mistake as she fights against time to make things right for her son and Shreya.

While Savita corrects her wrongs, will she be able to stop the wedding in time and secure Vaibhav’s future for the better?

Geetanjali Tikekar, essaying the role of Savita Toshniwal, said, “The latest episode is extremely exciting to shoot, because Savita finally realizes that Shreya is the right choice for Vaibhav and rushes to her to admit her mistake and get them married. This is the absolute essence of the show and its teachings. We often let our egos come in the way and refrain from apologizing for our mistakes and doing the right thing. But we need to realize that as humans we are bound to make mistakes and that’s completely alright as long as we realize them and apologize. Savita lets go of her ego and finally goes out of her way to give Shreya and Vaibhav their happily ever after.”

Continue enjoying your favorite show Shubh Laabh – Aapkey Ghar Mein every Monday to Saturday at 9:30 PM only on Sony SAB.