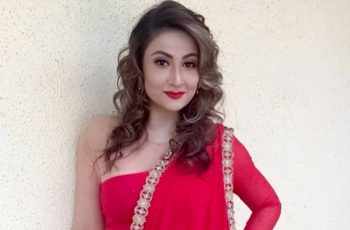 Urvashi Dholakia is a well-known television personality. She is regarded as the original Komolika. She has also participated in the reality show Bigg Boss 6, where she was the winner. Her current project is Nach Baliye, wherein she participated with her ex Anuj Sachdeva. However, the actress is disappointed with the latest developments in the show.

She will be eliminated this weekend and she believes that the entire process was unfair. In an interview with Bombay Times, the actress has said as to how can a couple be consistently moving up the scoreboard and yet be at the bottom four times in a row! “Is this a dance show or a popularity contest? And if we are being judged on popularity, then I am not ready to believe that 35 years of work leads to a low fan base,” she said.

Reality shows tend to have a lot of drama because the makers believe that’s what sells. On this, the actress said, “It’s not that we haven’t given content, but we are two mature individuals and you can’t expect us to fight like teenagers. For me, Nach Baliye was a dance show that I signed up for. I wasn’t there to play the victim or the sympathy card, or to fight and create drama with my ex. If washing dirty linen in public is the idea, then there are other shows that one can be a part of. Why take up a dance show? If that’s the benchmark, then it’s sad as the audience is not stupid. Viewers are very intelligent and you cannot fool them. I wanted the world to see the independent woman that I am — mother of two and a mature individual — who has the ability to show the world that you can have a cordial relationship with your ex and even work with him. But on Nach…, it clearly seems like if there’s no drama, then there’s no prize. It’s not a dance competition, but a drama competition!