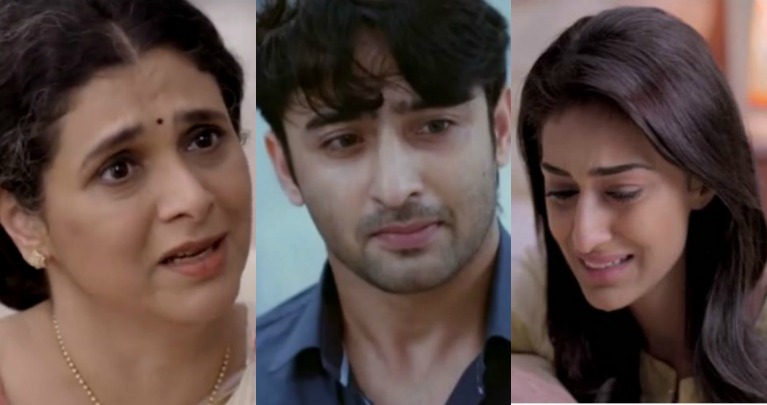 All hell breaks loose when Ishwari learns about Sonakshi’s infertility!

Dev’s life will soon be turning upside down in Sony TV’s Kuch Rang Pyaar Ke Aise Bhi. And we were just coming to think that things will be settling in his life soon.
We recently saw how Dev (Shaheer Sheikh) chose Ishwari (Supriya Pilgaonkar) over Sonakshi (Erica Fernandes) on his birthday when he kept Sonakshi waiting at the hotel where she had arranged a dinner for him while he rung in his birthday with Ishwari and his family.

Sonakshi, on the other hand, despite being hurt first, eventually understands her husband’s predicament and forgives him. Also, all the misunderstandings between Ishwari and Sonakshi are sorted and they even hug and makeup.
But their happiness is short-lived as Ishwari will soon come to know of Sonakshi’s medical condition.
Sonakshi can not conceive and this is one truth that only Dev knows about. Even Sonakshi has been kept away from this secret. However, in the coming episodes, Sonakshi’s reports will fall in the hands of Ishwari and she will be shattered to learn this.

She will confront Dev about the same and will be heartbroken by the fact that her dream of playing with her grandkids will remain unfulfilled. To make matters worse, Mamiji will further add fuel to the fire and provoke Ishwari against Sonakshi.

Mamiji will even suggest Dev’s remarriage and Ishwari will fall under her influence. She would ask Dev to make a choice between her, her dreams and Sonakshi. She would even go ahead and offer Dev a remarriage proposal.
On the other hand, Sonakshi comes to know of her problem and is absolutely shattered because of Dev hiding the truth from her. And she chooses to turn to her family for support during these tough times.
There have been instances where Dev had to make a choice between his mother Ishwari and Love Sonakshi. But this choice will be the most complicated decision of his life.

What will Dev do now? Who will he choose? Isn’t this a million dollar question!