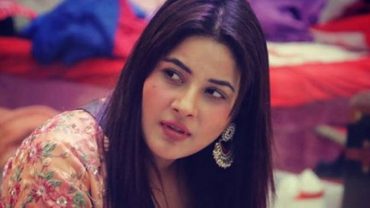 Mujhse Shaadi Karoge has come to an abrupt end. Because of the recent Coronavirus outbreak, the shoot had to be stalled, and the contestants were sent home.

Aanchal Khurana won the show as Paras Chhabra picked her, while Shehnaaz Gill walked out of the show without picking her partner.

Recently, Aanchal lashed out at Shehnaaz Gill for her character assassination of the female contestants.
Aanchal was blasted by Shehnaaz Gill as she pointed fingers at Ankita Srivastav’s character. In one of the episodes, Aanchal told Paras that Ankita is very outgoing as she is comfortable sitting on a man’s lap and getting close. Shehnaaz later bashed her for saying such things. Talking about this episode, Aanchal told us that she told Paras, ‘I don’t think you would like all that as I know you are a possessive person. I have seen how protective you were for your friend, Mahira in Bigg Boss and corrected her when she was talking to Asim Riaz or Vishal Aditya Singh.’ Paras replied, ‘You are right. I might not be able to spend my life with such a girl.’
Aanchal then narrated that Shehnaaz used to talk about people’s virginity and said, ‘Now, all these things Shehnaaz took to another level and started bashing me for saying you are raising a finger on a girl’s character! But I really want to ask her, what about the times when she used to ask all the girls, “Tum mein se kaun kaun virgin hai ye batao?” Ye ladkiyo ke character par sawal uthana nahi hua? And that to not once but thrice on the show, but I think it was telecast only once during an elimination round. Being frank with boys is Ankita’s choice, it’s not a bad thing.’