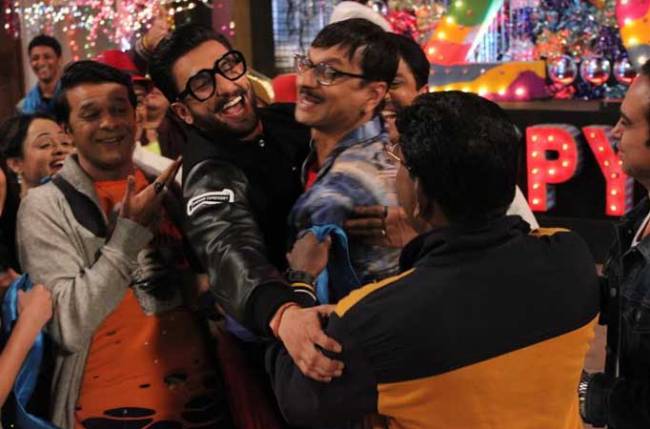 Now, we have heard that Bollywood star Ranveer Singh brought a different level of energy to Gokuldham Society when he came to promote his film Simmba. And he encountered very different Gokuldham members, because all had come to the party organized by Tapu Sena. After the Gada Electronics’ fiasco and stress, Tapu Sena had decided to entertain all with the New Year party. And the rule of the party was that all had to dress up exactly as they used to dress during their college days.

Ranveer was brought in as a surprise element by inspector Chalu Pandey as a special officer on duty. Chalu Pandey had come to the society to search for stolen gold, and he did find it in the society. Later, he blindfolded all the members of Gokuldham Society, telling them that this new officer will check each member and that if he finds that they are innocent, he will remove the blindfold. Once they all realize that this new inspector is actor Ranveer Singh, they have loads of fun. Ranveer insisted on doing Garba also.