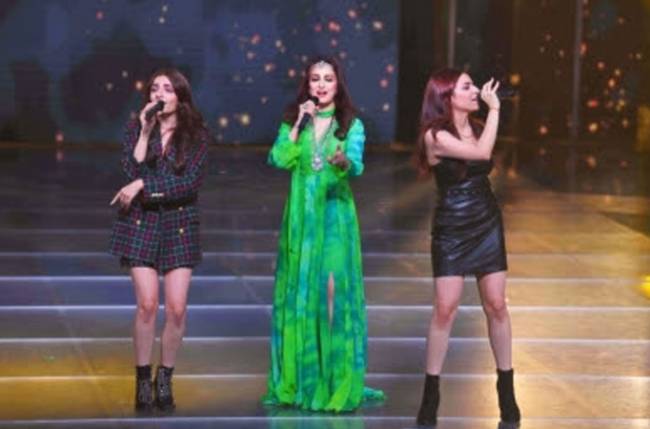 Singer Akriti Kakar was in for a surprise when her sisters, singers Sukriti and Prakriti, surprised her on the sets of the show Indian Pro Music League.

Twins Sukriti and Prakriti sang “Phoolon ka taaro ka”, which left Akriti teary-eyed. The scene, in fact, has become a trending promo clip for the episode.

The sisters were on the show to support the team Bengal Tigers.

Talking about surprising her sister, Sukriti says: “This was totally sudden and not backed by planning or plotting! We have never surprised Akriti this way, and that is why we decided to go on the show and support her amazing work. We knew that it would not only boost her confidence but also give her good vibes and positivity and that is what you get when your family is around.”

Prakriti adds: “It was an extremely emotional and a proud moment for us to see our inspiration, our elder sister crooning with us. The fact that this was the very first time we planned something like this made it even more special! We were waiting backstage and watching her perform and it was the first time we were waiting in the wings while she was on stage, because every other time she has been our cheerleader while we are on stage.”