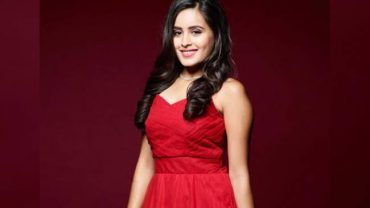 Rhea Sharma is currently seen as Mishti in Star Plus’ show Yeh Rishtey Hai Pyaar Ke. The actress is paired opposite Shaheer Sheikh and fans love the adorable onscreen jodi. Rhea and Shaheer’s chemistry is always spot on and that is one of the major reasons behind the show’s popularity.

With just a few shows to her credit, Rhea has become quite popular among the fans. Rhea is also quite active on social media platforms and keeps sharing glimpses of her latest whereabouts with her fans.

While we see a lot of TV stars participating in many reality shows, we are sure fans would love to see Rhea in a reality as well.

Rhea had once revealed how she would love to participate in Khatron Ke Khiladi rather than Bigg Boss.

Revealing the reason behind it, Rhea said she has a liking for doing action. She would love to do some daredevil action sequences.

Well, we are sure fans would get to see a very different side of Rhea if she participates in Khatron Ke Khiladi.

Would you like to see Rhea in Khatron Ke Khiladi? Tell us in the comments.