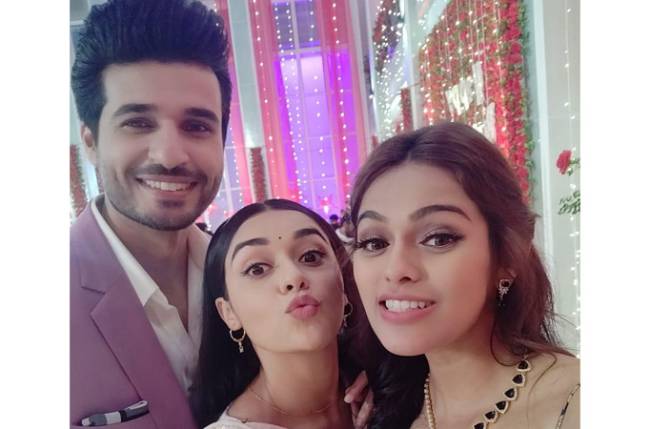 Enviousness and rivalry on-screen but endless masti and yaari off-screen is the latest mantra for the actors of COLORS’ ‘Sirf Tum. While shooting for the show, actors Eisha Singh (Suhani), Sonyaa Ayodhya (Riya) and Puneett Chouksey (Ansh) become best of friends and share an amazing camaraderie off-screen. They certainly seem to be enjoying each other’s company on sets and have together turned their work life super fun.

Eisha talks about her camaraderie with Puneett and Sonyaa saying, “While I was working on my previous show, Puneett and I used to shoot on the same set but had never interacted with each other then. When I met him for the first time in Dehradun during ‘Sirf Tum’ shoot, it felt as if we had known each other for years. He still pulls my leg for not remembering that we have actually done a ‘mock shoot’ together for ‘Sirf Tum’! As for Sonyaa, I used to be very quiet around her at first. Now I find it difficult to shut up whenever I’m with her! The three of us even have a WhatsApp group called, ‘Teen Aatma, Ek Shareer’! I may have some bitter moments with Puneett on screen but off the screen we share a completely different bond in reality. I don’t how Sonyaa’s character is about to unfold, but we will have a rock-solid bond off-screen. I really like how close the three of us have become. Both of them mean a lot to me!”

‘Sirf Tum’ airs every Monday to Friday at 8pm only on COLORS!