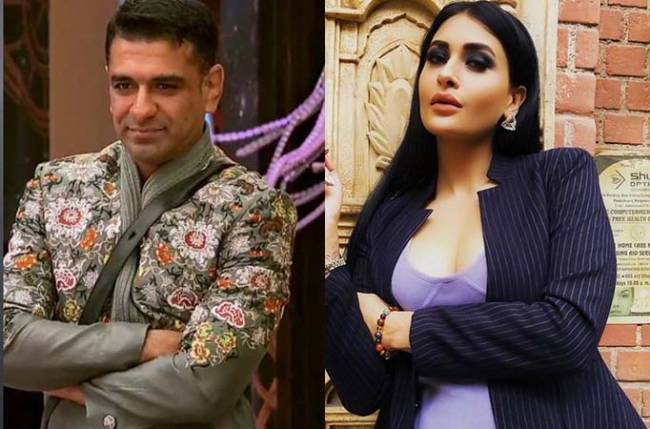 This week in Bigg Boss 14, it was a Family Week as the housemates got to meet their family members, leaving everyone emotional. As everyone was emotionally drenched, Eijaz Khan was elated because his good friend and BB 14’s evicted contestant Pavitra Punia came to visit him in the house.

Yes, in the ‘Weekend Ka Vaar’ preview, in the surprising turn of events, Pavitra Punia meets Eijaz Khan in the house where they both confesses their love for each other.

As soon as she enters the house, she calls him ‘O Khan Sahab,’ the latter’s face lights up with happiness. Eijaz said that he misses her a lot. “Teri baat karne ke liye tarasta hu main, kissisey bhi, (I am dying to talk about you with people inside the house)”, he tells her.

“Main apni zindagi there saath share karne ke liye tayyar hu. (I am ready to share my life with you).”, Eijaz added.

Pavitra asks whether he will be by her side forever, he says she can test him. “Tu jaisi hai, zindagi mein jahan bhi hain, mujhe qubool hai. (The way you are and wherever you’d be in life, I accept you).”, Eijaz tells her.

Even Khan asks her whether she loves her, to which Punia agrees and tells she does love him a lot while showering him with kisses through the glass.

When actor Sunny Leone came into the house as a guest, it was then that Eijaz confessed his love for Pavitra Punia and said that she is in his every heartbeat. He said that no matter what happens outside now, he is ready for everything. “Mere dil ki har dhadkan me Pavitra hai – kuch bhi ho jaaye bahar, mai ready hu.”, confirmed Eijaz.

Post-eviction, in an interview, the Balveer actress hoped to see a deeper bond with Eijaz after he leaves the Bigg Boss 14 house.

She is also pretty certain that he will win the show and the trophy.