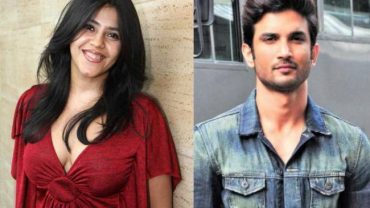 It’s been almost a month since Sushant Singh Rajput left for his heavenly abode. The late actor is still remembered by his fans and loved ones. Now, Ekta Kapoor who had earlier launched Sushant in her show Pavitra Rishta has announced a fund for mental health awareness in memory of the late actor. It has been named the Pavitra Rishta fund and Ekta will be collaborating with Tarun Katial for the same. This is for spreading awareness among people about mental health.

This is what Ekta has told, “The times have drastically shifted from what it was 10 years ago, as there is a lot more pressure today. With the pandemic around, especially with all of us being confined to our homes, people are facing a lot more stress and anxiety. Stress levels due to work, friction at home, loss of jobs etc, have contributed to the ongoing issues of deteriorating mental health conditions in many. It is my privilege to be a part of the Pavitra Rishta Fund, and I will always be happy to be a part of such initiatives in the future as well.”

Talking about Pavitra Rishta, it featured Sushant alongside Ankita Lokhande and the audience loved their on-screen chemistry as Manav and Archana in the show. In fact, the late actor became a household name post his stint as Manav Deshmukh in the show. Sushant and Ankita also went on to become a real-life couple but later parted ways with each other.