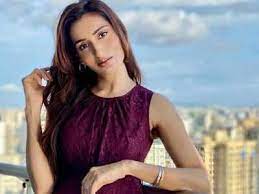 Imlie has been on the top stalls since its initial days, well now the major twist is all set to be unveiled with Fahmaan Khan’s entry in the show as Aryan Singh Rathod. With Gashmeer Mahajani, Sumbul Touqeer, and Mayuri Deshmukh in lead roles.

We exclusively broke about Piya Valecha entering the show in an intriguing role. We got in touch with the beauteous to know about her character, her reason to agree and more.

Tell us about your character in Imlie.

The maximum I could say is that it will be an interesting track, I enter as a Bollywood celebrity as Imlie’s first assignment. My name in the show is going to be Pooja Oberoi

What made you agree to the show?

If you were to pick any of the characters from the show which one would you do?

I would really love to do Malini’s character in the show, she has many layers to portray and it’s quite an interesting character so yes. If I would have been offered Imlie too, I would have picked it happily though it is quite different from my personality.

Tell us about your journey.

I just wrapped Choti Sarrdaarni, I feel very fortunate to bag another show at the next moment was a big deal that too such a big show. I really want to be active on TV and keep my presence continuous. When I wanted to take a sabbatical from TV, three years back and I had decided that I wanted to do web and films. To come back was really difficult and with lockdown to approach for right roles has been a task. I am really thankful to all the makers, even before I end with Choti Sarrdaarni, I got this show so yes I really don’t want to stay away from TV anymore.

We are excited to meet Pooja Oberoi on-screen with Imlie!