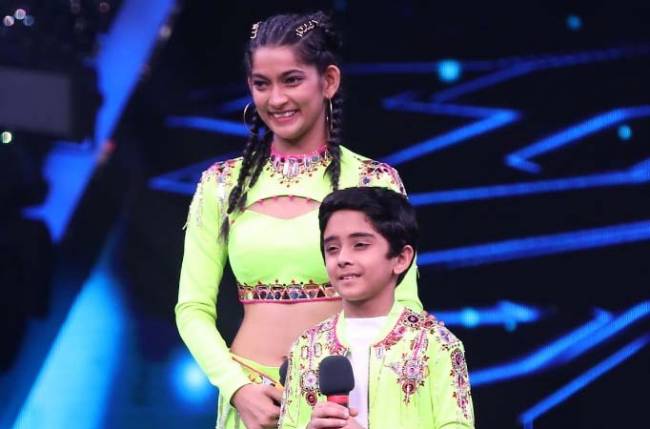 On Sony Entertainment Television’s popular reality show Super Dancer – Chapter 4, getting a ‘seedhi’ ovation from a judge is the penultimate gesture of appreciation. And Contestant Sanchit Chanana got two of them to climb the ladder with Remo D’Souza after an electrifying performance.

The talented boy, together with his ‘guru’ Vartika, grooved to Shah Rukh Khan and Malaika Arora’s iconic number ‘Chhaiya chhaiya’. The song was originally choreographed by Farah Khan, who said, “Even if I put him on a train, I think Sanchit will dance in the same way… I know now why Shilpa (judge Shilpa Shetty Kundra) calls you the ‘jhatka king’. I see you in the top 3. You really have the potential to go right till the end of the show.”

His performance left Farah and Remo emotional, while Geeta who has followed the 10-year-old’s journey from Super Dancer – Chapter 3, lauded him for bringing a “dance tsunami” on the stage. He was sent back from the last season to work on his talent and return, and what a comeback he has made this time!

The young boy hails from Nakodar, Jalandhar in Punjab, and stands out for his unique dance moves – mostly popping – which are backed by flawless and stupendous footwork. The judges were left asking for more, and Remo had his way when he asked Sanchit to put up a solo act on the song ‘Bezubaan’. All three of them were awestruck by the impromptu performance and encouraged Sanchit to keep pursuing his passion.

“What you do has the ability to become a cult. People will start following it. It will become ‘Sanchit style,” Remo said, while Geeta also expressed confidence that he will become a “trendsetter”.

Watch Sanchit’s outstanding performance in the upcoming episode of Super Dancer – Chapter 4, this weekend, Sat – Sun at 8: 00PM, only on Sony Entertainment Television.