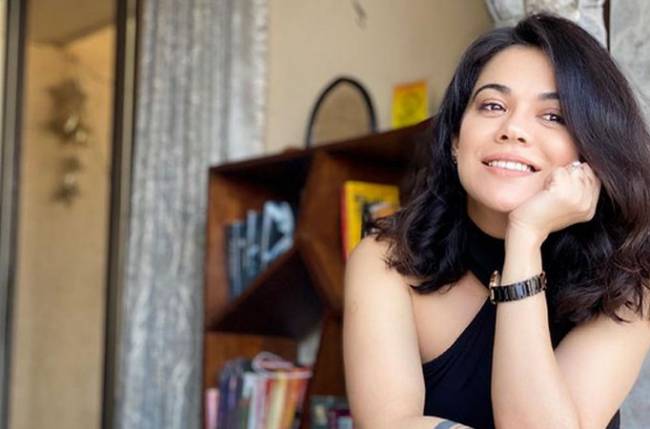 Popular television actress Shweta Gulati has opened up on how new kinds of content on digital platforms in the present time is offering actors a good scope of work including playing realistic and relatable characters.

Talking about the same, Shweta told that: “Anthology films come up with characters so real. In TV, every character is either too good to be true or too bad. I don’t find it real. In our daily lives, nobody talks or dresses up like that. I think we overdo everything, be it emotions or presentation.”

“The web has opened up the space for more real and relatable characters, stories and social issues. That itself is quite exciting for actors like me who have been around for so long and yet not gotten that chance to play more real characters,” she added.

However, the actress does not blame show makers on television as she feels they have to create content as per audiences’ demand.

“Maybe a set of audiences whose life is so mundane, they want to see something which is probably not real. But then there are audiences who cannot relate to that. That’s the audience we cater to through our web shows and anthology shows where it is more relatable and you’re dealing with real people,” the actress explained.

On the work front, Shweta features in the anthology digital series ‘Crimes and Confessions’. Shweta plays the character of a makeup artist in a story titled ‘Shame Shame’.

“My character’s name is Rekha. She is the personal makeup artist of a yesteryear actress. It is an all-women story set in an older period. I’ve not played this kind of a role in the 18 years of my career,” informed Shweta.

Quizzed on what kind of preparation went into playing the role, the actress replied: “I had to do a bit of homework because this character is something I’ve not played before. (In real life) I do my own makeup and, in the film, also I’ve done my own makeup. But playing a makeup artist’s character, her personal turmoil, her journey in the story, that was challenging for me.”

The actress also revealed how her screen character Rekha has impacted her as a person.

“Once you watch the story, you will know that we are not very open and accepting of every person’s personal choice. When it comes to relationships, career etc we are very judgemental people. I think this particular story and character has widened my approach towards people’s personal choices in every form. It has made me more accepting and less judgemental,” she said.

Quizzed on the similarities and differences Shweta shares with her character, the actress informed: “Rekha is very forgiving. I might forgive a person on the face and let go momentarily, but if somebody has hurt me or disappointed me, it stays with me. That is something which Rekha is equipped with. She is a very forgiving and giving person. I am giving but not forgiving. That’s the biggest difference and similarity I share with the character.”

‘Crimes and Confessions’ streams on ALTBalaji.