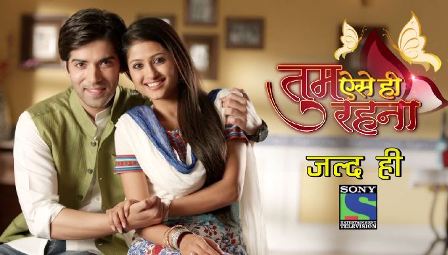 In Humsafars, Sahir saves Arzoo from the goon and brings her home. Arzoo misunderstands that Sahir was behind the horrific incident. Zaki tries to cheer up Arzoo. Arzoo is shattered after getting betrayed by Sahir. She couldn’t forget the incident which shocked her. Nausheen tells her that the taxi driver/goon was a criminal and had done a similar crime in the past. Arzoo thinks Sahir saved her in reality. Arzoo tells her that she is broken. Nausheen gives her strength and says life is about living with smile. Arzoo thinks she can’t fight with her heart. Rahman Saheb comes and reminds Sahir of Samaira and Zaki’s engagement. Sahir tells him to start the work and promises that Zaki will announce his marriage with Samaira today.

Zaki comes to Arzoo and asks her not to cry. He wipes her tears and tells her that it is Sahir’s mistake that he couldn’t understand her love. He says love is the emotion which makes a person closer to God and that emotion I have for you. I love you Jahanaara….Arzoo is stunned. Zaki continues that he wants to become her humsafar. Arzoo tells that she don’t love him and will never be. She tells him that she needs some time to think. Arzoo returns her bangles to Alvira. Alvira asks her to keep it as it is hers, but Arzoo refuses saying it is of Sahir’s first wife. Alvira says I thought you are the one who can heal his wounds and fills his life with happiness, but you are shaken at first step itself.

Sahir tells Arzoo that he didn’t plan that incident. She says she can’t trust a betrayal. She asks him to jump in the pool and not come out until she forgives him. He threatens to cut his veins. Arzoo asks him to proceed as she doesn’t care. Arzoo comes to Zaki and says she can’t differentiate between right and wrong. Arzoo says she can’t forget the betrayal. He says I know about your qualities and that’s why I wants to spend the rest of my life with you.

Sahir comes to Alvira and tells her that Rahman Saheb is pressurizing him to get Zaki agree to marry Samaira. Zaki comes and shows the DNA report to Sahir and Alvira proving that he is not the father of Samaira’s unborn baby. He informs them that he proposed marriage to Arzoo. Alvira and Sahir get shocked. Sahir tells him that Arzoo will marry him. Zaki comes to Nausheen and asks Arzoo’s hand in marriage. Nausheen tells him that Arzoo loves Sahir. Zaki says he knows that she don’t love me, but I have immense love for her which will be sufficient for both of us. He says, I will become her humsafar in real means. Arzoo hears him and gets emotional. She thinks she can’t break Zaki’s heart and can’t even say yes to him.

Sarfaraz’s second wife Farha comes to Alvira’s house and insults Nausheen. She badmouths about Nausheen and calls her characterless for meeting her husband and taking money from him. Arzoo says she didn’t take any money. Nausheen accepts to have taken money from Sarfaraz for Myra’s admission. She says I didn’t take any favour from him. It is his responsibility to take care of his daughter’s needs. Arzoo promises to return her money. Farha gives her 2 weeks time. Arzoo asks Nausheen when she will stop taking his help.

Rahman reminds Sahir of his promise. Sahir thinks to do something, else everything will be lost, Saiyyara and Arzoo. Nausheen gets Farha’s call asking her to return the money soon. She insults Nausheen and Arzoo. Arzoo takes the call. Farha asks her to return the money till the evening. Zara comes home and thanks Anam for getting the calender assignment for her. She shows the cheque of Rs 2 lakhs. Anam thinks Zara will do what she is thinking. Zara then goes to Nausheen and Arzoo and shows the cheque. Arzoo gets happy and tells her that she will return Farha’s money. Zara tells her that it is her own money and she won’t give her money. Arzoo tells her that their Ammi took money from her and have to return. Zara refuses to give her money. Nausheen cries while Arzoo gets shocked.

Zaki asks Samaira to leave. Samaira acts and blames Arzoo for Zaki’s refusal. Sahir suggests to get the DNA test again as Samaira insists that Zaki is the father of her child. Zaki refuses at first, but then agrees on Sahir’s insistence. Sahir comes to Arzoo and offers a business proposal for her. He says that he mortgaged everything for the deal. He says Zaki have to marry Samaira for this deal. If he doesn’t marry Samaira then everything will be finished, Saiyyara and his home. He asks her to marry him to save his business and home and offers money in return. Arzoo replies that she has only pain in her heart because of him. She calls him a machine rather than a human who understands balance sheet well than emotions. She praises Zaki as he values emotions. She rejects his proposal. Sahir tells her that you will only marry me. Arzoo says she will prefer to die, but won’t marry him.

Zaki comes to Arzoo and gives her some money asking her to give it to Farha. Arzoo refuses to take his help. Zaki insists. Arzoo accepts his marriage proposal and tells him that she needs a friend with a heart. Zaki hugs her happily. Sahir gets angry and jealous. Sahir challenges Arzoo that he will marry her only.

The next day, Arzoo gets dressed as a bride and thinks she is marrying the person whom she hates so much. She thinks she is starting a new life with him, who left her after walking with her for a while. Arzoo comes to the marriage altar. Zaki is seen drinking wine and crying. Alvira greets Maulvi Saheb and asks him to start the nikaah. Everyone wonders why Arzoo agreed to marry Sahir. Maulvi asks Arzoo, do you agree on this marriage. Everyone get shocked as Arzoo didn’t reply. Nausheen checks and finds her missing. Sahir gets up and goes to find her. Zara calls Zaki and informs him.

Arzoo is seen in the dargah, walking on the hot coal and requesting God to give her strength. She says this Nikah is a business for Sahir. I don’t have any other option than to marry him. Arzoo thinks I will die and new Arzoo will come out from here who will marry him. Sahir and Zaki come there asking her to step out from there. Arzoo continues to walk and falls on Sahir. They have an eye lock. Arzoo tells that she accepts her marriage with Sahir Azeem Chaudhary. Maulvi asks Sahir, do you agree. Sahir agrees too. Maulvi declares them humsafar. Sahir brings Arzoo home while carrying her in his arms. Maulvi Saheb comes there and informs everyone that they are humsafars now. Keep reading.