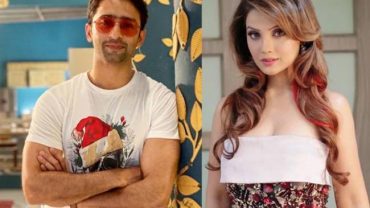 After creating a name in the television world, every actor wishes to conquer the world of films too. Well, who doesn’t want to be a part of the Bollywood film industry? There are a lot of TV stars who have tried their luck in Bollywood and have succeeded too.

However, there are also several TV stars who were offered many Bollywood movies but they refused them. While they have their own reasons to say yes or no, but we are sure their diehard fans must be eager to see them in movies.

So, here’s a list of well-known TV actors who refused to star in Bollywood movies:

The actor is popularly known for his role in Star Plus’ Sasural Genda Phool where he played the character of Ishaan. Jay had once revealed that he was offered a film from a well-known production house Yash Raj Films but he turned down the offer.

Jay had said, “I wasn’t too happy with what I was being offered. I don’t have a problem doing a cameo as long as my scenes are mine and I’m not expected to share the screen space with other actors.”

Television’s heartthrob Shaheer is already ruling the small screen world with his looks and impeccable acting skills. Shaheer too was offered many films but the actor turned them down and said, “I have been offered films as well but it’s better to do good television shows rather than a small role in a film.”

Karan is popular for his role in Ek Hazaron Mein Meri Behna Hai. The actor has been quite in demand and was offered several movies. In fact, Karan was offered a negative role in Karan Johar’s Student of The Year 2. However, he turned down the role.

Mohit was offered to star opposite Bollywood’s bombshell Bipasha Basu in the film Creature 3D. However, the actor had turned down the offer for reasons best known to him.

The Naagin of the small screen has ruled the world of television for a long time. Add too was offered several roles in movies but it seems the actress is not ready for it yet.

Adaa had said, “I have been getting quite a lot of film offers, but I was not prepared to enter such a big industry. Whenever I will be prepared, I will definitely do it.”

Well, we would love to see our favourite TV stars shine on the celluloid soon.