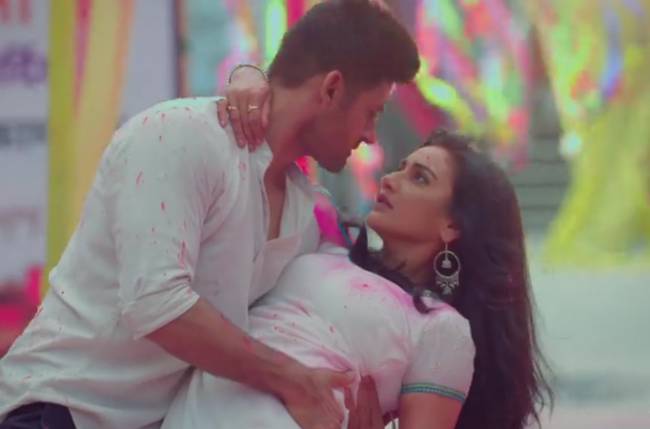 Shaadi Mubarak is one of the most successful shows on television and has always topped the TRP charts since the day it has hit the small screens.

The leads of the show, KT and Preeti, are loved as an on-screen couple and have a massive fan following. Their characters have become household names.

The viewers like the banter between KT, Preeti, and Nandini, no wonder the show is doing so well.

In the serial, Preeti is a very tough person with a very headstrong personality.

One of the reasons why the show is so successful is because of the camaraderie and the good bonding and the rapport that the star cast has on the sets, especially KT and Preeti, and we have seen in the BTS videos what a delightful bond they share.

Now we came across a post where one can see Manav (KT) taking Rati (Preeti) on a cycle ride and she seems to be petrified.

In the video, one can see KT riding a bicycle and Preeti screaming. She is scared because she feels that in case KT loses the balance then they would fall down and she would be hurt.

One can also see a spot boy trying and balancing the cycle so that they don’t fall. On the other hand, KT is heard saying that the breaks of the cycle aren’t working.

The video is a cute one and their friendship can be seen in this BTS video. Fans have commented saying that they are one of the best couples on television.