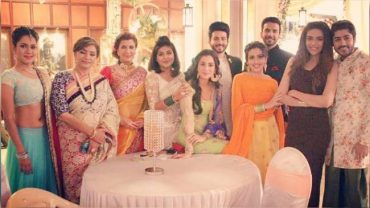 Kundali Bhagya is one of the most popular television serials. The serial which premiered on 12th July 2017 clocked three years yesterday and the star cast couldn’t contain their excitement to achieve this milestone.

Shraddha Arya, Dheeraj Dhoopar, Supriya Shukla, Abhishek Kapur, among others took to social media to thank the fans for all the love and support.

Every character of the TV series is beautifully slaying in their respective roles. The series has always topped the TRP charts and left the fans hooked to the small screens with its amazing plot.

Dheeraj who plays Karan Luthra in the show has received several accolades for his performance. The actor’s jodi with Shraddha is being loved by the viewers.

And now, here’s an interesting fact about Dheeraj which many are not aware of. The actor is a multi-talented star.

Apart from acting in TV shows, Dheeraj has also done modelling and walked the ramp many a times. The actor has also done a fashion designing course.

Before pursuing acting, Dheeraj did an advanced course in fashion designing. The actor had stated in one of his past interviews, “I have been always interested in modelling and walked the ramp many times. Out of that once I won a course in fashion designing. I completed that now when I look back am so happy that I have done that course. Style is an important part of your grooming and how well you groom yourself is important for your good and smart look.”

Dheeraj is extremely stylish and we have seen him flaunting some fashionable avatars on various occasions. The actor simply loves to style himself and design his own jackets.