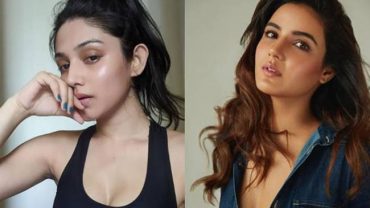 Even though the Maharashtra government has considered requests from the film and TV industries to resume work safely after the lockdown, there’s still the COVID-19 scare. So should shooting from home be the new way of functioning? TV actors and show makers weigh in their options.

Actress Donal Bisht is already getting calls for ads and serials.

“We are no longer required to go to different places for look tests. We do it via our mobile phones due to the situation outside. It is not safe and it is also the best way to keep things going. Entertainment can never stop. People are shooting for ads at their homes only. Even in TV shows as you can see the actors are making videos and channels were putting it on-air. And now we have to get used to it,” she told.

Actress Jasmin Bhasin also thinks it is a good effort. “We can do nothing about it, we have to just face the situation. And if we are able to entertain the audience and if it spreads any kind of positivity, then it’s good.”

Actress Sara Khan thinks it’s really interesting how the current situation has opened up people’s minds to infinite possibilities. “The production team undoubtedly has amazing technicians and I’m actually really excited to see the outcome. I know that it may not be as easy as one has to create the entire set-up at home, but it surely is really intriguing.”

If not a daily soap, actress Rashami Desai did shoot a chat show during the lockdown.

“New changes will bring in new choices in life. I believe in changes. And even after sitting at home, we are trying to entertain our audiences. The actors and producers are putting so much into it. Working from home is not easy, but you know what? You can make a film with an iPhone. But here you have to become the director and the technician, so there’s when the problem comes in. But I would say it is a wonderful experience,” she said.

“We have found new dynamic ways of taking forward visual storytelling. I had written a series called ‘Bhalla Calling Bhalla’ which was shot with actors at their homes, with the director on Zoom call. Writing for it was also challenging because of lack of physical spaces. But it was also exciting because you are trying to create something new. So it’s an enjoyable but challenging process,” he told.

“We are not sure how far it is possible to shoot a daily soap from home. If there are fun videos or even weekly shows, it’s understandable. But storytelling, shooting, make-up, proper lighting…I am not sure,” he said.

He is open to new ideas though.

“We have been working in one style only, if we need to work now we need to think more,” he said.

“I have seen a lot of creative people who have made very interesting videos. It’s a very good way to communicate with the audience but for a daily soap, actors to shoot daily for 20 minutes, will get very difficult,” he said.

If not back-to-back episodes, there were attempts made by show creators to give content to the audience during lockdown.

“Shooting from home is the new normal in the present times but there are a lot of limitations in terms of overall experience and engagement. While we are finding ways to do it creatively and produce content remotely, a lot of elements are being compromised. The actors are using their homes as makeshift sets to shoot content which is completely different from the show’s original backdrop. For our shows ‘Naati Pinky’, ‘Choti Sarrdaarni’, and ‘Shakti.. Astitva Ke Ehsaas Kii’, we shot sequences in the form of snippets to link it back to the shows’ original storyline which worked well. But detailing the storyline requires a larger set up which is a challenge in the present scenario,” said Manisha Sharma, chief content officer, Hindi Mass Entertainment, Viacom18.