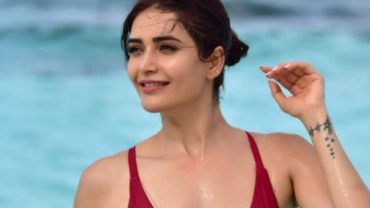 On Instagram, Karishma has shared a video where she dances to the beats of Drake’s popular number “Left foot up, right foot slide” on TikTok.

Karishma is seen sporting a hot pink sports bra paired with shorts. She is seen moonwalking on the track.

“Right foot up. Left foot slide,” she captioned the clip, which currently has over 365k likes on the photosharing website.

On the work front, the actress, who is known for her roles in TV shows like “Naagin”, “Kyunki Saas Bhi Kabhi Bahu Thi”, “Naagarjuna: Ek Yodha” and “Qayamat Ki Raat”, is currently part of the action reality show “Fear Factor: Khatron Ke Khiladi 10” (KKK 10), which has been shot in Bulgaria.