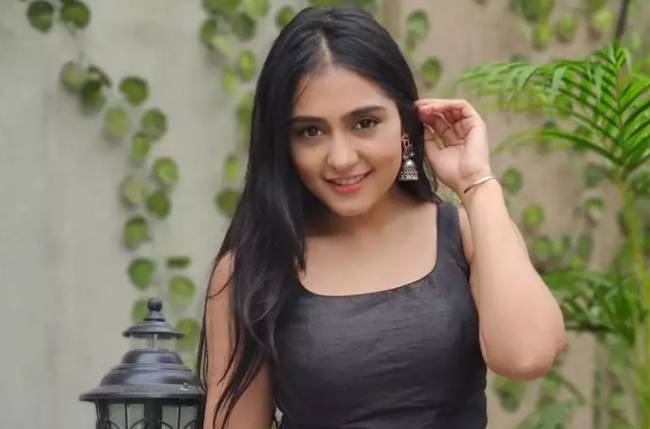 It’s the digital era, and ever since the lockdown was imposed due to the ongoing pandemic, everything has become digital. Television actors also resorted to shooting from home via their phones or laptop or a professional camera, if they possessed it.

Anjali Tatrari, who will be seen playing the titular role in Sargam ki Sadhe Satti, admits that maintaining a colourful social media account helps you professionally. The 24-year old doesn’t like being on Instagram to maintain an image but posts only when she feels like.

The actress said, “Honestly, how much ever I hate to say it but yes it is important. For me, I don’t think I’m very active on social media, which I think I really should. I’d rather want to be known for my work than be known for something or an image that I maintain on social media. And, honestly, I can’t even do that. I can never fake an image for another platform. I only upload when I think or when I feel I should be uploading it. I cannot maintain an image on social media, I hate to say it but it has become very important.”

Anjali revealed that she was asked how many followers she has on social media at an audition. She shared, “Imagine, I’ve been asked how many followers do I have when I had given an audition for an advertisement. They were actually auditioning on the basis of the number of followers you have. It is bad because I see so many people cracking such big projects, who are not even actors, and they are not even passionate about acting but they are doing it only because they have a certain number of followers. I don’t hate it but they’ve also reached after a certain hard work. No matter what their content be, might not be a very useful content but they do have a good number of followers and are cracking the project. They’ve worked hard for it but as an actor I feel bad.”

“I think I’m okay because I would rather be known for my work, and not for the image I create on social media. Limited audience, I’m good as far as I get known for my work,” concluded the actress, who was previously seen in Mere Dad Ki Dulhan.

Stay tuned to this space for more updates from the world of entertainment.