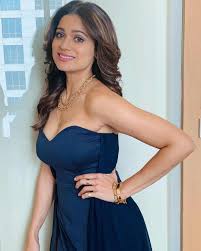 Shamita Shetty is one of the most popular personalities in showbiz.

She was recently seen as a contestant on Bigg Boss OTT, along with Moose Jattana. She will now be a part of Bigg Boss 15.

Moose has taken a jibe at Shamita for participating in Bigg Boss 15. Taking to her Instagram Stories, Moose reposted a tweet which said, “Sources confirmed that Shamita Shetty has been roped for bigg boss season 16 and 17, if still couldn’t be able to win then we can expect her in season 18 too (sic)!”

For the uninitiated, Shamita was earlier seen on Bigg Boss 3 but quit midway to attend her sister Shilpa Shetty’s wedding with Raj Kundra.

Moose Jattana mocked Shamita Shetty on Instagram Stories. It appears that Shamita’s fans criticised Moose for her post and called her jealous. On Instagram Stories, Moose shared a video, addressing them. “Earlier, I was accused of being lazy and unhygienic, you all must have seen. Now, I am being called immature, jealous and uneducated. Alright, I am the only one in the whole world who is bad, you and your Shamita Shetty are great,” she said in Hindi. Further, she added, “I have never said anything bad about her but learn to take a joke. I am just spreading laughter and positive vibes. I have stayed with her, not you. Come on! In Punjab, we laugh at such things. You have followed a Punjabi, this is what you will get. If you don’t like it, you can unfollow me. I have never asked you for votes, do you think I care about you following me?” 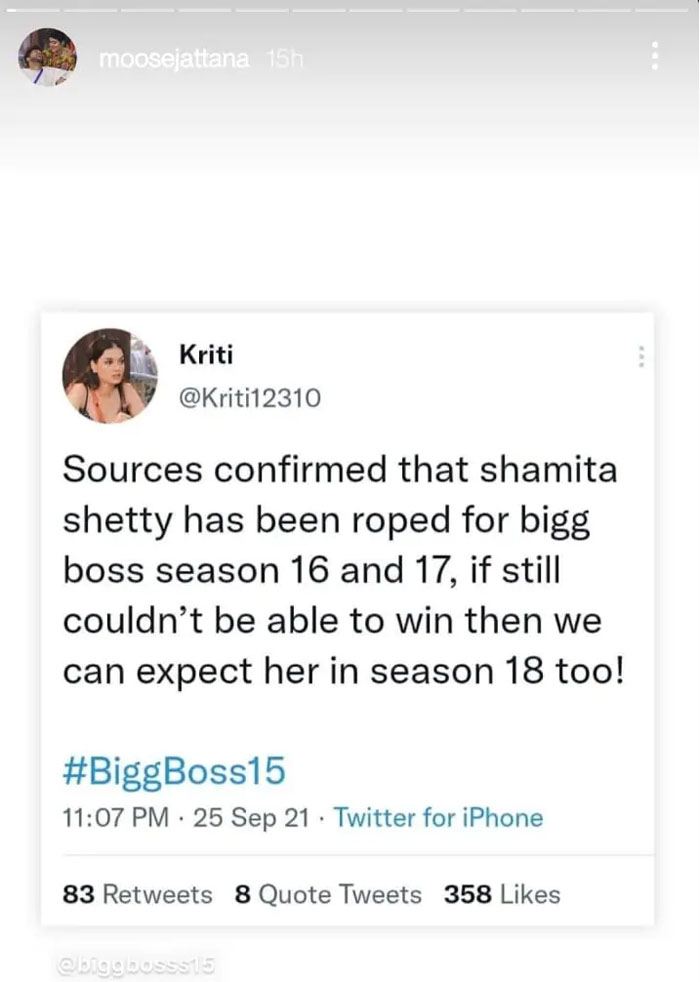 Shamita was the second runner-up of Bigg Boss OTT. At a media event last week, she was confirmed as a contestant of Bigg Boss 15. Bigg Boss 15 will premiere on October 2 at 9.30 pm on Colors.

Are you excited about the show? Hit the comment section.