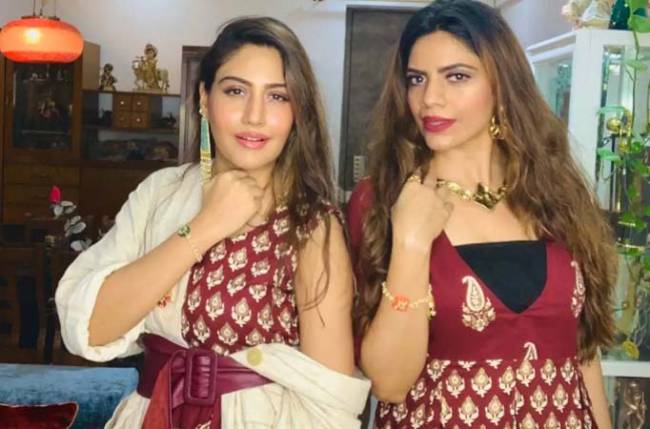 Surbhi Chandna has gained her spot as the undisputed queen of Indian Television with her super hit shows. The actress is currently winning hearts with her stint in Naagin 5. Meanwhile, the stunning beauty is known to be very close to her family members, especially her sister Pranavi Chandna. The latter is often seen with the actress at various events and occasions. Recently, she also accompanied her for a shoot and Surbhi has given a glimpse of the same on her Instagram handle.

The two sisters flash their captivating smiles while posing with each other for the selfie. Needless to say, Surbhi Chandna looks ravishing in a black shimmery outfit. Meanwhile, Pranavi looks no less stunning in a red outfit teamed up with a grey jacket. She also wears a choker necklace to amp up her look. Both the ladies look gorgeous with their makeup game on point and tresses left open. Surbhi aptly captions the picture as #SisterScenes. 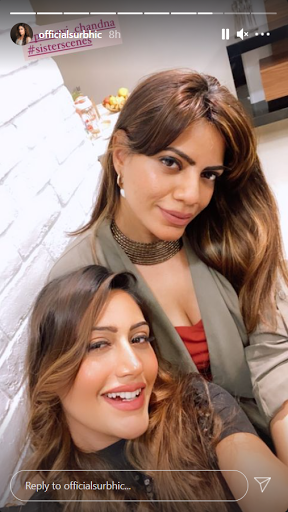 For the unversed, Surbhi Chandna plays the female lead named Bani in Naagin 5. The supernatural drama has been backed by Ekta Kapoor and it premiered in August this year. Apart from Surbhi Chandna, it also features Sharad Malhotra, Mohit Sehgal, Utkarsh Gupta, and Swarda Thigale in the lead roles. Moreover, the audience is in awe of Surbhi’s sizzling on-screen chemistry with Sharad in the show. Prior to this show, the actress was seen in another popular daily soap named Sanjivani 2 in which she played the role of Dr. Ishaani.