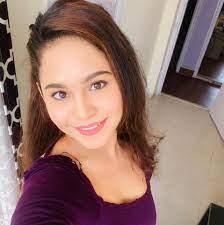 Colors is one of the most popular channels on television, and recently, it launched Khatron Ke Khiladi, which is doing very well. Soon, they will be launching the reality show Bigg Boss.

We have always been ahead in bringing in the latest updates from the world of entertainment.

As per sources, Colors is coming up with a new fiction show. The show hasn’t yet gotten any title, but we will know soon.

We have exclusively learned that Salina Randhawa has been roped in for the new serial that will be launching on Colors.

Not much is known about the character and the role that she would be essaying, but it’s for a pivotal role in the project.

Salina is popular TikToker who has a good fan following.

The show will be produced under the banner of Optimystix Entertainment India Pvt Ltd.

The shooting of the show will begin in a few months from now after the casting is finalized.

For more news from the world of entertainment, stay tuned.