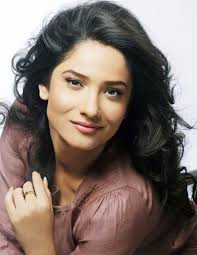 People through various tags and shares on social media and spreading the thought of Ankita Lokhande being a part of the reality show- Bigg Boss 15. ‘People have been quick to send their hatred’. Ankita Lokhande has dismissed rumours of her Bigg Boss 15 participation. The actor issued a clarification on Instagram.

Ankita was recently in the news this month as she remembered her ex-boyfriend, actor Sushant Singh Rajput on his first death anniversary. Sharing a series of photos featuring their time together on Instagram, Ankita wrote, “14 June (heartbreak emoji) This was our journey !!!! Phir milenge chalte chalte.” She also penned an appreciation post for her boyfriend Vicky Jain.

Ankita Lokhande has shut down rumours of her Bigg Boss 15 participation. In recent days, rumours have claimed that the Pavitra Rishta star would be one of the participants in the Salman Khan-hosted reality show.

The actress took to Instagram and mentioned the rumours as ‘baseless’. Ankita Lokhande also added that she’s been receiving hate for something that she’s not part of.

“It has come to my notice that certain sections of the media have been assuming that I will be participating in Bigg Boss this year. I would like them and everyone at large to know and make a note that I am not going to be a part of the show. The rumours of my participation are baseless. People have been too quick to send me their hatred for something that I’m not even a part of,” Ankita’s statement read.

Fans cheered Ankita for putting an end to the rumours. “It’s needed to end some speculation…Go girl and u r the most beautiful soul, u r the inspiration of many…Some pull u down but there are So many to love u,” a fan said. “Stay strong dont worry about haters,” another added. “Great decision,” added a third fan. “I’m glad you won’t be…I’m so sorry you going through all this. Don’t let these stupid people get in your head just ignored them .. . We love you and we always gonna be here and support you,” spells out a fan follower.