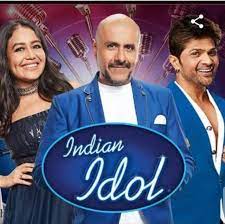 MUMBAI: Indian Idol is one of the most popular reality singing shows. It has consistently gained immense success on television.

The previous season was a huge hit and the audience had connected to each and every contestant, and it was difficult to pick who the winner of the show would be.

Pawandeep Rajan emerged as the winner of the show and he became a household name. Today he has a massive fan following.

The new season of India Idol has begun and we have already seen how talented the contestants on the show are during their auditions, and it is tough for the judges to judge.

Tvnation has always been at the forefront of bringing in exclusive news from the world of entertainment.

As per sources, the upcoming episode will be dedicated to ‘Mothers’, where all the contestants’ moms will be coming on the set and will be made to feel special, as their children will be dedicating songs to them.

As we had reported earlier, Varun Dhawan and Kriti Sanon will be gracing the show where they will be promoting their upcoming movie Bhediya.

They will also play special messages from Varun and Kriti’s mom, who will be sharing what good children they have been.

Well, it seems like this will be an emotional episode which will leave the audience and judges in tears.

Are you excited about the upcoming episode?