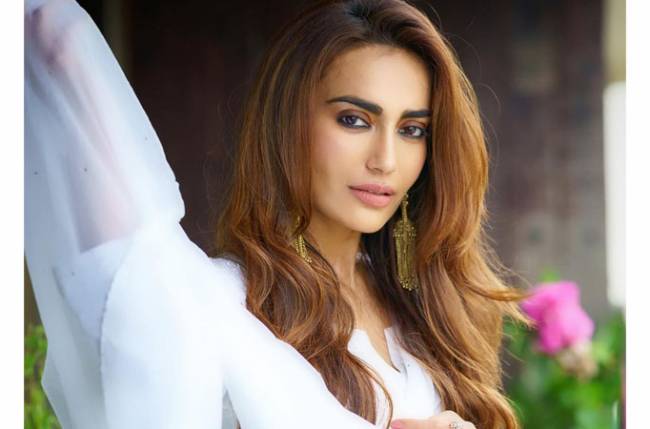 The biggest names from the telly town have come together to entertain the audience in a three-hour Diwali special episode of Kumkum Bhagya titled ‘Jashn Milan Ka’, which would be aired on the 14th of November.

Fans of the show have been much psyched for Abhi-Pragya’s reunion, with Pragya marking her new entry into Abhi’s house in Kumkum Bhagya.

With the festival marking a new beginning for the audiences’ favourite on-screen jodi, viewers will get to witness Pragya receiving a grand welcome from Daadi, followed by Abhi-Pragya performing the Diwali rituals together with hope in their hearts.

The fun and entertainment quotient of the show will double up as Abhi calls for a mega Diwali celebration at his house and other popular Zee TV couples like Karan-Preeta (Dheeraj Dhoopar and Shraddha Arya), Ranbir-Prachi (Krishna Kaul and Mugdha Chapekar), Agastya-Chhoti Guddan (Savi Thakur and Kanika Mann) and Rishabh-Shrishti (Manit Joura and Anjum Fakih) will be seen joining the party, along with television stars like Surbhi Jyoti, Avinash Mishra, Vrushika Mehta, Krystle D’Souza and Deepika Singh.

During the shoot of ‘Jashn Milan Ka’, Surbhi Jyoti kick-started the festive celebration with a mesmerising opening act full of diyas and lights at Abhi’s house. Dancing with lanterns in her hand, she swayed to hits like Ram Leela’s ‘Mor Bani Thangat Kare’ and Prem Ratan Dhan Payo’s title track.

However, it was her classical act on ‘Ghar More Pardesiya’ from Kalank that took everyone’s breath away. In fact, what was more impressive was the fact that despite not being a trained classical dancer, she aced the Kathak moves like a pro!

Talking about her ‘Jashn Milan Ka’ stint, Surbhi Jyoti shared, “I had a great time doing the opening act for the festivities for Abhi-Pragya’s reunion. For the last few occasions, I have performed on either western songs or popular Bollywood dance numbers, however, this time I got an opportunity to do an out-and-out Indian classical performance, hence I was looking forward to it since the time I was offered the act. I am not a trained classical dancer, so I had to learn everything starting with the basics as there are a lot of gestures, movements and expressions involved in Kathak that I needed to master. I learned the basics of the dance form in a couple of days with the help of our choreographers and then, after a couple of proper rehearsals on the day of Jashn Milan Ka’s shoot, the choreography that the act demanded was completed. When you give it your all and perform with love and compassion, I guess nothing can stop us. I have given my best to this performance and I’m excited for my fans to watch it.”.

Sharing the challenges she faced while shooting, the actress further added, “I had to perform in a big diya, that too with two lanterns in my hand and I was so scared that the diya might topple or I might fall as I had to do a lot of moves during the act. I did have a couple of moments where I thought I would fall, but everything went smoothly in the end.”.